Russian legislation gives a number of specific guarantees for protection of rights of foreign investors, namely:

At the same time the regulation of entrepreneurial activities on the federal level provide for restrictive kind of seizures to the extent required to protect the foundations of the constitutional system, morality, health, rights and legal interests of other persons and to defend and safeguard the country’s security.

One of the restrictions is the quota for foreign participation. The quota limits the maximum share of foreign participation set for some sectors of the economy. There are a number of sectors in which such restrictions are traditional. The quota is determined by a ratio of total capital owned by non-residents in entities with foreign investments to the total capital of entities registered in Russia and operating in the sector.

In the banking sector the quota of 12% was cancelled in 2002. This quota has never been applied in practice, because while it was effective the foreign participation in the banking business did not exceed 12%. Withdrawal of this formal restriction demonstrated a move toward opening of the banking services market for foreign capital.

Among restrictions as to the establishment of commercial entities with foreign investments, there is, for example, an obligatory requirement to receive prior permission by a competent authority on the establishment of a commercial organisation with foreign investments. Such prior permission from the controlling authority is required for insurance and credit businesses.

In the year 2008 the Law «On procedures for making investments into business entities of strategic importance for the defence and security of the state» was adopted; the law introduced restrictions on foreign participation in certain business areas and applies only to the investments made in the form of shares (stocks) purchase that constitute the share capital of business entities of national interests, for example, subjects of natural monopolies.

Generally, it can be said that the law did not affect the areas traditional for foreign investments. There is also a tendency to abolish permission-seeking procedures for the establishment of commercial enterprises with foreign investments, as in, for example, the energy sector.

A number of restrictions or special conditions on admittance of foreign direct investments to certain areas of the economy can also be found in a number of international treaties. Currently, Russia has an extensive portfolio of treaties on encouraging and protecting of investments that provide for exceptions from national treatment and most-favoured nation treatment. Such treaties have been signed with China, Argentina, USA and many countries of the EU.

A foreign investor has an opportunity to establish a legal presence in Russia in any of the following forms:

Some specifics of investments are also defined in special laws in relation to production sharing agreements (in extractive industries) and concession agreements (capital investments into large-scale entities).

Legal entities with foreign capital’s participation, just like other commercial organisations, are established through a declaration procedure. At present, the Law «On Registration» requires only one additional document (in addition to the documents required for registration of companies without foreign participation). The document has to be produced by a  corporate founder to the registering authority, and this is an extract from the register of foreign legal entities of the relevant country.

To register a company in some business sectors, however, the law still requires to present to the registering authorities more documents in addition to those required generally.

It is worth noting that a foreign investor should make a decision on establishing a business in Russia taking into account that a number of businesses are subject to licensing irrespective of whether or not they have foreign participation. Licensing regulations give a rather long list of licensed business activities (for example construction, audit, air carriage, etc.), whereas the licensing procedures themselves are normally described in subordinate legislation.

Issuance and Regulation of Securities

Issuance of equity securities is one of the most important mechanisms of the stock market. It is through this procedure that the issuers (for example, joint stock companies), in the course of their establishment, raise share capital necessary to start up business, or to attract equity funding in the course of their operation.

Such stock market instrument as a depositary receipt deserves special attention. The financial and legal nature of depositary receipts helps to overcome or eliminate a substantial part of financial and entrepreneurial risks that arise from distribution of decentralised investment funds of enterprises that are regulated by laws of foreign states. The law «On the Securities Market» was supplemented by an article that laid down the specifics of issuance and circulation of the Russian Depositary Receipts (RDR). The issuer of receipts can only be a depositary established in accordance with the laws of Russia. The depositary that issue receipts has the status of a nominee holder of the foreign issuer’s securities. The receipts come into circulation only after the registration of their issuance by the State is complete.

Foreign exchange legislation (the basis of which is laid down in the Law «On Foreign Exchange Regulation and Currency сontrol») proceeds from the fact that the system of currency control in Russian is operated by the Government, currency control authorities and agents. Currency control authorities include the Central Bank of Russia and a federal executive authority authorized by the Government of the Russian Federation (Federal Service for Financial and Budget Control – Rosfinnadzor).

Such substantial reduction of the list of the currency control authorities correlates with the general course taken by the Government aimed at liberalisation of currency regulation and currency legislation. A number of organisations act as currency control agents: for example, banks who perform an informative function.

As for the system of foreign exchange regulation, from January 2007 serious changes took place affecting the rights and obligations of individuals and legal entities that arise in relation to currency operations. Thus, the concept of special account for currency operations was eliminated. A number of provisions of Law «On Foreign Exchange Regulation and Currency Control» were repealed and therefore made the Central Bank unable to regulate capital operations.

No longer is in force the provision of the Law that required that all payments and transfers relating to credits and loans granted by residents to non-residents in Russian currency be made only to the non-resident’s bank account opened in Russian currency with an authorised bank. Payments in the transactions with national and foreign securities between residents and non-residents can be made in either Russian or foreign currency. Prior registration of the account or deposit or notice of its closure is no longer required.

There was abolished the article of the Law that provided for obligatory sale of currency earnings on the internal Russian market. Undoubtedly, this change reflected the general improvement of the financial situation in Russia and strengthening of its national currency.

An important thing to remember when planning business in Russia, is that currency residency does not coincide with tax residency. For example, a branch office of a foreign company is a currency resident of Russia by the fact of its creation; however, to acquire tax resident’s status for corporate tax purposes a few more requirements must be met (for instance, carrying out business activities in Russia for at least 30 days).

Alongside the Central Bank, the so-called first tier of the banking system includes the Agency for Deposit Insurance (ADI) and two major Russian banking associations: the Association of Russian Banks and The Association of Regional Banks, both having coordinating powers.

As for the ADI, today it is a non-governmental body that performs two basic functions. Firstly, it acts as an insurer and secures operation of the system of mandatory insurance of individuals’ bank deposits; secondly, it acts as a liquidator of credit institutions in cases prescribed by law.

The second level of the banking system is represented by its  primary and secondary participants: credit institutions, including representative offices of foreign banks, bank groups and holdings, as well as credit bureaus.

A foreign investor may do banking business in Russia in two forms: either through establishing (or purchasing) a Russian bank or through opening a Russia–based representative office of a foreign bank. However, the representative office of a foreign bank is not allowed to perform any banking transactions per se or to carry out other entrepreneurial activities.

Permission to open a representative office is granted for three years. Establishing a bank with foreign investments also requires permission by the Central Bank, which it is issued for  an indefinite term (provided that the established bank complies with the laws of Russia).

In general, over the term of Putin’s presidency, competitive environment on the Russian banking market was encouraged. «We will continue to support not only our national entrepreneurs operating in the banking sector, but also foreign capital that comes to us and works successfully», he said. At the same time he emphasised once more that foreign banks have to set up subsidiaries in Russia, «be Russian legal entities and comply with the Russian law. We have enough banks that operate with 100% foreign investments and feel quite comfortable in this country», Putin noted. 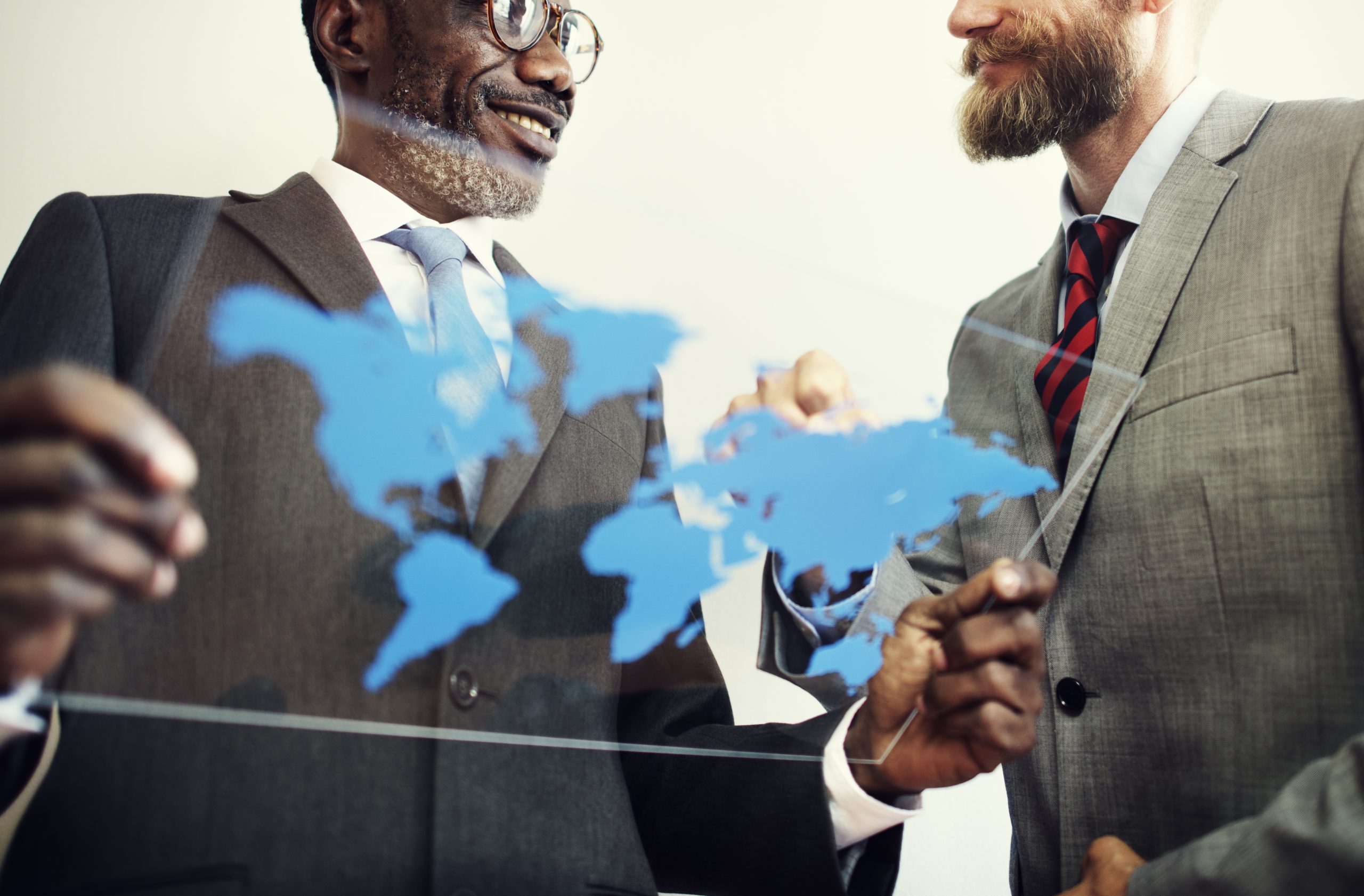